If you guys wanna check out the birthday ad takeover, it’s everywhere there is an ad screen in Dubai Mall from October 09-15! 💜😊 @BTS_twt pic.twitter.com/uKOjzuryw1

Jimin is actually a South Korean singer, songwriter, dancer and a member of BTS boys band. Jimin has a list of solo and group songs since his debut with the release of single titled, No More Dream.

Jimin has appeared in a number of TV shows like Hello Counselor, Please Take My Refrigerator and has appeared as a special host on shows like M Countdown and others. According to the report of Celebrity Net Worth, the net worth of Jimin is Rs 150 crore which is $120 million. The music cover titled We don’t talk anymore by Selena Gomez and Charlie Puth with BTS in 2017 gathered worldwide appreciation.

A total of 8,735 were planted in order to help a coastal village dealing rising sea levels. After the removal of mangrove forest, enormous land erosion was created and more than 250 families had to relocate due to this reason.

This step was appreciated in a great manner.

Jimin not only possesses a big fan list in dancing and singing but in fashion too. His dressing sense is always admired globally. Let us have a look at his idiosyncratic outfits on different occasions.

Jimin’s summer look is so heart-pounding. A medieval peasant blouse along with black pants and silver hardware on the belt and chain gives him a complete romantic look. 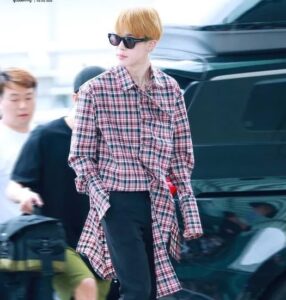 For the world’s top K-pop show ‘M Countdown’, the BTS band member wore a half blazer created by fashion designer Yohji Yamamoto. This dressing gave him so charming look that he could win Netflix’s Next in Fashion. 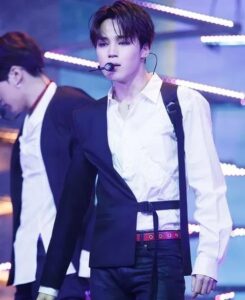 The military-inspired top with gold accents renders him a sharp look quite different from the whole world. 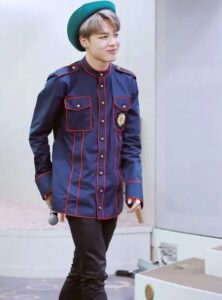 The winter look in sweater vests makes him an incredibly smart person with a sexy look. The sweater vests convert his look from a stage rockstar to a young school-chic as the outfit matters a lot. 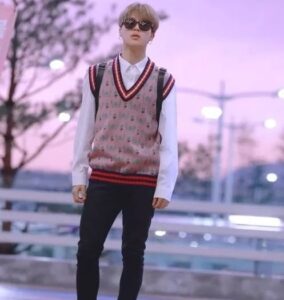 The ‘Saint Laurent Fleur De Lys’ beaded red satin bomber officer jacket is the only one which gives the cute, sophisticated and shiny look to the star of the BTS band. The jacket starts at almost three thousand dollars. 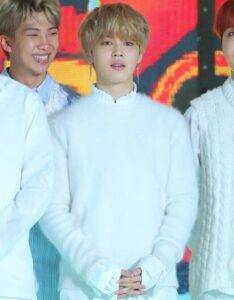 Jimin would keep on shining and giving more stunning looks to his fans and followers in the upcoming shows and concerts along with the BTS band. The dressing style of Park Jimin would blow the hearts of his fans away as he looks smarter with the passing days on TV shows.

Everything we Are Reading Today: Trout Wars